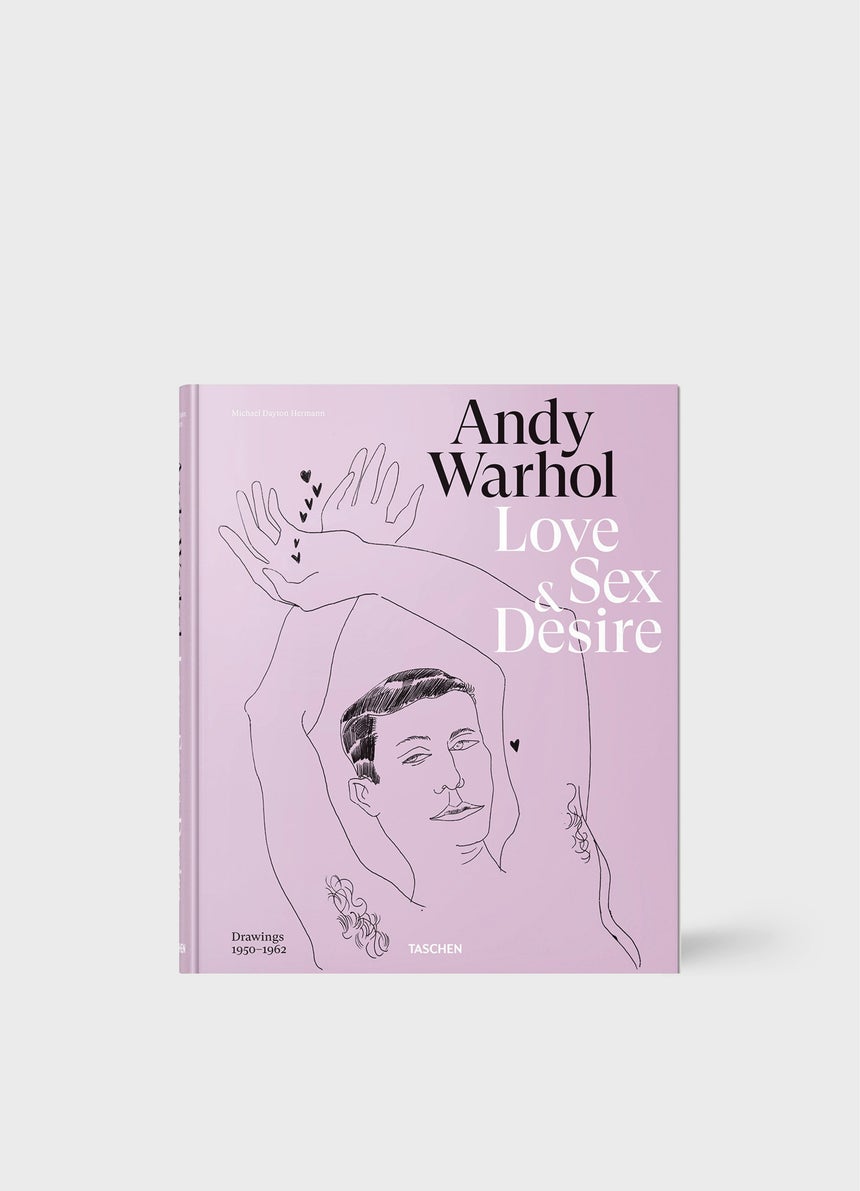 Well before Andy Warhol’s rise to the pinnacle of Pop Art, he created and exhibited seductive drawings celebrating male beauty. Andy Warhol Love, Sex, & Desire: Drawings 1950-1962 features over three hundred drawings rendered primarily in ink on paper portraying young men, many of them nude, some sexually charged, and occasionally adorned with whimsical black hearts and delightful embellishments. They lounge or preen, proud of or even bored by their beauty, while the artist sketches them, rapt. They rarely engage with their keen observer, and likewise Warhol’s focus is on their form, their erotic qualities, and unbridled sexuality. If his subjects are content to revel in their attractiveness, so too is Warhol. His confident hand illustrates a multitude of colorful characters, yet also reveals much about this enigmatic artist.

Warhol was already a booming commercial illustrator when he exhibited studies from this body of work at the Bodley Gallery on New York’s Upper East Side in 1956.He mistakenly saw these illustrations as his way of breaking into the New York art scene, underestimating the pervading homophobia of the time. While he never saw through his plan to publish the drawings as a monograph, he did produce more than a thousand elegant, seemingly effortless drawings from life. This volume finally brings his project to fruition by gathering his most striking images, published here for the first time in a comprehensive book and chosen by the Andy Warhol Foundation for the Visual Arts. Edited and featuring an introduction by the Foundation’s Michael Dayton Hermann, and essays by Warhol biographer Blake Gopnikand art critic Drew Zeiba. The inclusion of poems by James Baldwin, Thom Gunn, Harold Norse, Essex Hemphill and Allen Ginsberg create moments of introspection, which expand on the themes and moods present in the drawings.

In style, the drawings evoke the sketches of Jean Cocteau and even Matisse: highly distilled and sure of line, yet loose. The sly voyeurism, meanwhile, is entirely Warhol’s own, and even the most risqué drawings contain a kind of droll humor—a sense of ironic detachment—that would become a Warhol trademark. His confident hand illustrates a multitude of colorful characters, yet also reveals much about this enigmatic artist.